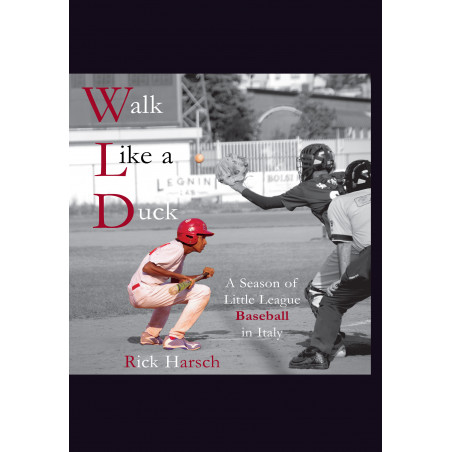 Walk Like a Duck, a Season of Little League Baseball in Italy

Perhaps the most unique celebration of the game of baseball ever written, Walk Like a Duck, a Season of Little League Baseball in Italy, is a diary following the 2018 season of the Staranzano Ducks, a team of 15 year olds in northeastern Italy, written by a U.S. novelist who migrated to Izola, Slovenia, a small Venezian-style village near Trieste, whose son plays baseball for these Ducks. Lovers of baseball will revel in the minutia of the game presented, the history—including a fascinating discussion of the sacrifice bunt that revisits the most tragic day in Major League history, when a Carl Mays fastball killed perhaps the greatest bunter of all time, Ray Chapman—the analyses, and the controversies of Major League baseball mixed in with the often hilarious account of children attempting to survive the depredations of adults, who seem constitutionally unable to let the kids simply have fun playing a game. There are umpires who can’t count, fans struggling to understand the infield fly rule, and managers seemingly intent on murdering their own players. As this is a diary, the author has plenty of time to delve deeply into the raucous history of Italy, and particularly the history of the troubled border with first the Austro-Hungarian Empire, then Yugoslavia, and now Slovenia. Both World Wars ravaged the peoples of this region, and as you will read in this book, the Cold War, too, managed to blight this area. You will also read about Leonardo da Vinci, James Joyce, Fidel Castro, Rilke, Casanova, and Greg Maddux, along with a review of a new book by contemporary poet Sesshu Foster, along with such dark topics as the anni di piombo—the years of lead— that made Italy one of the Cold War’s most volatile nations. But WAR in this book also includes Wins Above Replacement, as the author discusses some of the changes in the way baseball is viewed by experts. Walk Like a Duck had me running from bombs and at the same time wishing that baseball had been available to me in my childhood in Stuttgart (in the book the German national team wins a tournament!). I admit, too, that it was refreshing to read a book that took note of another country’s inhumanity in war, not that Germany is in the least absolved. As for the game itself, I spent a lot of time on the internet researching baseball so I could understand it to a greater degree, and I even went so far as to call the author, who suggested I find some articles by the right wing US political commentator George Will, who Harsch said was popular among baseball fans in the US, even those on the left. Well, I did, and my view is that this here is an antidote to George Will, a baseball book that honours a pacific game and longs for a pacific world. I came to love the kids, and turn a jaundiced eye on the adults, at least most of them. I recognized the similarities to our football, a game like any other that allows adults to run roughspiked (that’s a Harschian word I made up) over children. I even found myself sucked in to the accounts of particular games, pulling for every kid to succeed, seeing in them the brutalized footballing Hauser of my youth, screamed at by hirsute Neanderthals who didn’t understand I just wanted to be part of a team for a while not the next Gunther Maradona.”

I’ve been thinking of what to say about a book that, as of this writing, has only 1 other review. First, that’s insanity. This is one of the most incredible things I’ve ever read. It’s moving, heartfelt and poignant. It’s funny as he🏒🏒. I was blown away by its writing but I was moved by its honesty.

I love a number of things in my life but 3 of those things are 1) being a father 2) books and 3) baseball. I LOVE those things and that’s another set of reasons why I loved this book. I’ve watched Rick’s ‘Master Class in Fiction’ posts. I follow him on various social media outlets. His books are gorgeous pieces of literature. Walk Like a Duck is not only that but one of the best things I’ve ever read.Rick literally walks us through that summer with his son and the Ducks. This is not a “look how amazing my son is” recap of his summer in little league. He’s honest. He gives us the skinny on everything about the team and league. He clearly knows his s**t on baseball and he treats every single person he encounters with respect. Even bunting, well, maybe not. With brilliant chapters named: ‘Where is the Center Fielder?’, ‘Revisiting the WAR war’, ‘Death and Baseball’ and of course...’Bunt!.’ This is as much about his love of the game as it is about his love for his son, Arjun. It’s insanely moving and it sits alongside the great baseball writers (Roger Angell, Mike Sowell, Roger Kahn...).Many thanks to Rick for writing this. It made this year and summer much better. Baseball is alive and well. Play ball. Read this. Enjoy.

85 Items
Comments (0)
No customer reviews for the moment. 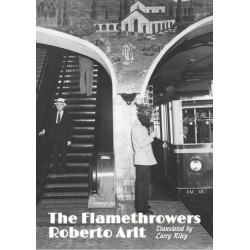 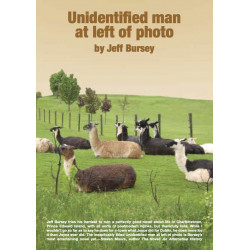 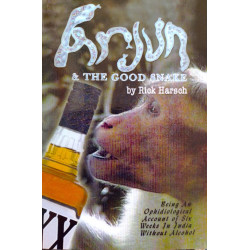 Arjun and the Good Snake,... 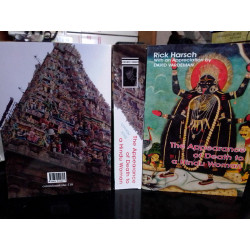 The Appearance of Death to... 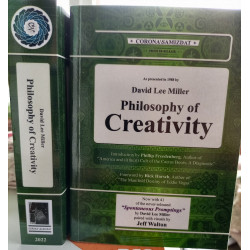 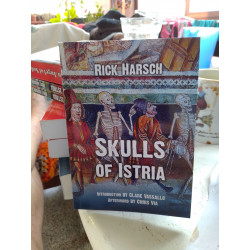 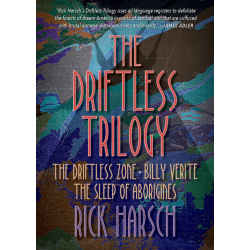 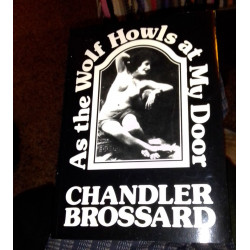